The energy sector, especially the oil and gas industry, transports enormous volumes of materials through pipe systems. It can be quite a challenge to keep the pipes free from unwanted, damaging substances such as rust, calcium scale, hydrocarbons and other organic/inorganic materials. Deposits of such fouling substances negatively affect the performance of the process systems by reducing flow, increasing pressure drop, impairing heat transfer or, in the worst case, causing blockages, corrosion or leaks. Although equipment can be designed to minimize fouling, it can never be entirely eliminated and chemical cleaning is thus necessary.

Through many years of experience Ocean Team has build up an unique knowledge of which chemicals to use in which situations. We are constantly testing new chemicals that are more efficient and environmentally friendly, and we only select the best to be used in our service programs. So when you choose Ocean Team as your chemical cleaning partner, you can be sure to get the best possible solution for you, your system, and the environment. You can read more about our chemical cleaning services through the menu or learn more about fouling deposits in the following.

Fouling deposits can be divided into several types: Inorganic, Organic, and Mixed. 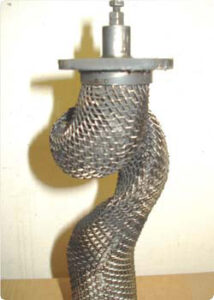 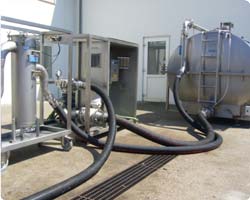 Inorganic deposits often form in heat transfer equipment (usually on the cooling water side), inside boiler tubes and on external surfaces of boiler and furnace tubes. The deposits/scale are formed by the combustion of fuels, by the corrosion of equipment or, in heat transfer systems, by precipitation from the water or process stream at elevated temperatures. They mainly consist of one or more of the following components:

– Carbonates, oxides or hydroxides of calcium, magnesium, copper and zinc

– Phosphates of calcium, magnesium and iron

Organic fouling formed by biological growth such as slime, shellfish, jellyfish and barnacles is encountered in cooling water circuits. On the process side of equipment, organic deposits (varying from light hydrocarbons to heavy polymers) and coke may be found, depending on the composition and temperature of the process stream.

A mixture of inorganic/organic fouling is sometimes encountered in water circuits where hydrocarbons and/or chemical products leak from the process side.

What kind of fouling deposits are causing problems in your process system? Let Ocean Team give you the answer along with a solution on how to remove the problems and avoid them in the future.